Get fresh music recommendations delivered to your inbox every Friday.
We've updated our Terms of Use. You can review the changes here.

No Need For Speed

by The Sick Rose 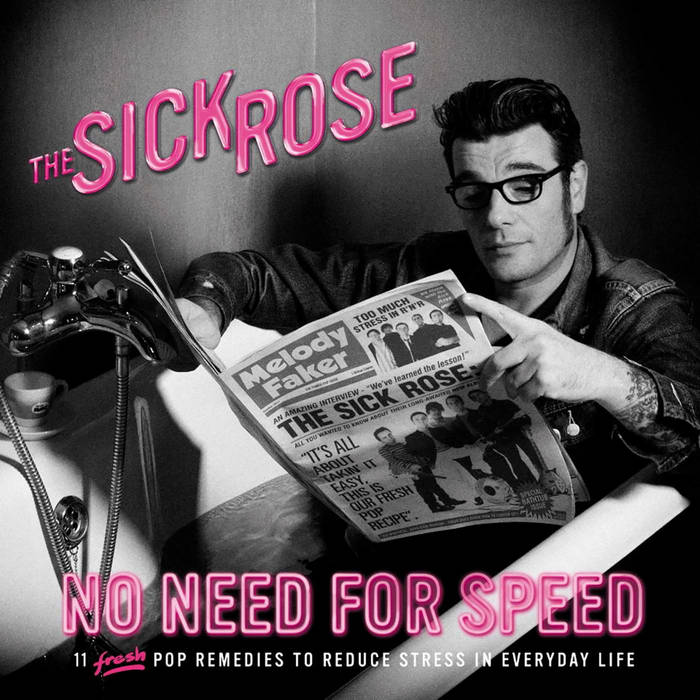 The Sick Rose is well-known for bringing out the Faces LP, one of the most important garage records of the eighties. In ’87 we were listening to Get Along Girl, Night Comes Falling Down, Everybody Wants To Know and dreaming of being in Texas in ’66.

But although the sixties revival of the mid-eighties was a beautiful one, it was short-lived. It lasted for only four or five years. And what happened then? We were nailed to the couch in front of the TV, instead of practising music or having fun at concerts. It was a cruel time.

Yet those with an inner passion for the idea of rock rather than its form continued to produce music despite the fashions of the time and the fact that the audience facing them was only half their age. This is also true for The Sick Rose, who with 28 years of experience behind them has produced the album No Need For Speed. Pure US rock from the end of the seventies, music made by mature musicians for teenagers. No paradox, as deep down that is the age The Sick Rose comes down. You can be sure of that! They discovered Texan punk when the first mid-sixties rereleases were circulating. As kids, they first invested their pocket money in those American 33s and 45s that could be bought for a few lira, with brightly coloured covers and electrifying photos. Yes, I am talking about the power pop of more than 30 years ago, stuff that is now super-cool but which was for a long time avoided like the plague: Knack, Romantics, Plimsouls. But also more obscure things which you bought because you liked the photo on the sleeve and knew that it was rock, not disco. Your classmates were listening to Dee Dee Jackson and the Bee Gees, while you preferred My Sharona.

Listening to No Need For Speed took me back to those days. Apart from the inevitable breathtaking nostalgia, the excitement which I felt when I brought these records home still remains. The stylus went down and then simple guitar riffs started up – better still, cheerful ones. At that moment I was happy! No Need for Speed is one of these records, rich in adolescent drive, the unique ingredient that is really indispensible, and produced by Dom Mariani, with the competence and passion which this sort of music has in it. Eleven songs: two covers (Drop By And Stay by Billy Squier’s Piper, 1978, and Magic Teacher by the Dixies) and nine original musical pearls, including The Life, Before You Go, All Wrong: guitar followed by guitar, crystalline choruses, the ABC of vintage power pop. Played in 2011, certainly, but this is only a minor detail.

Pieces like this are the result of a teenage enthusiasm created by Doug Fieger’s music. And if any new band believes it is enough just to put on the right tie to make power pop, they should listen to little pieces of magic like Putting Me Down or the powerful Pathetic Girl. They should put their noses to the grindstone and study.

As the title says, The Sick Rose is not in a hurry. They have spent years making an album like this one. But this is a good thing in as much as they have no desire to keep standing still – moving forward yet continuing to be sixteen. Nothing else counts.

Leading Garage Band in the 80s with the groundbreaking Faces album, The Sick Rose evolved through the decades into adulthood as a true r'n'r band, beyond all typical stereotypes with critically acclaimed works like Blastin' Out and No Need For Speed. Someplace Better, the band's 7th album, represents the sum total of all their influences and experiences. ... more

Bandcamp Daily  your guide to the world of Bandcamp